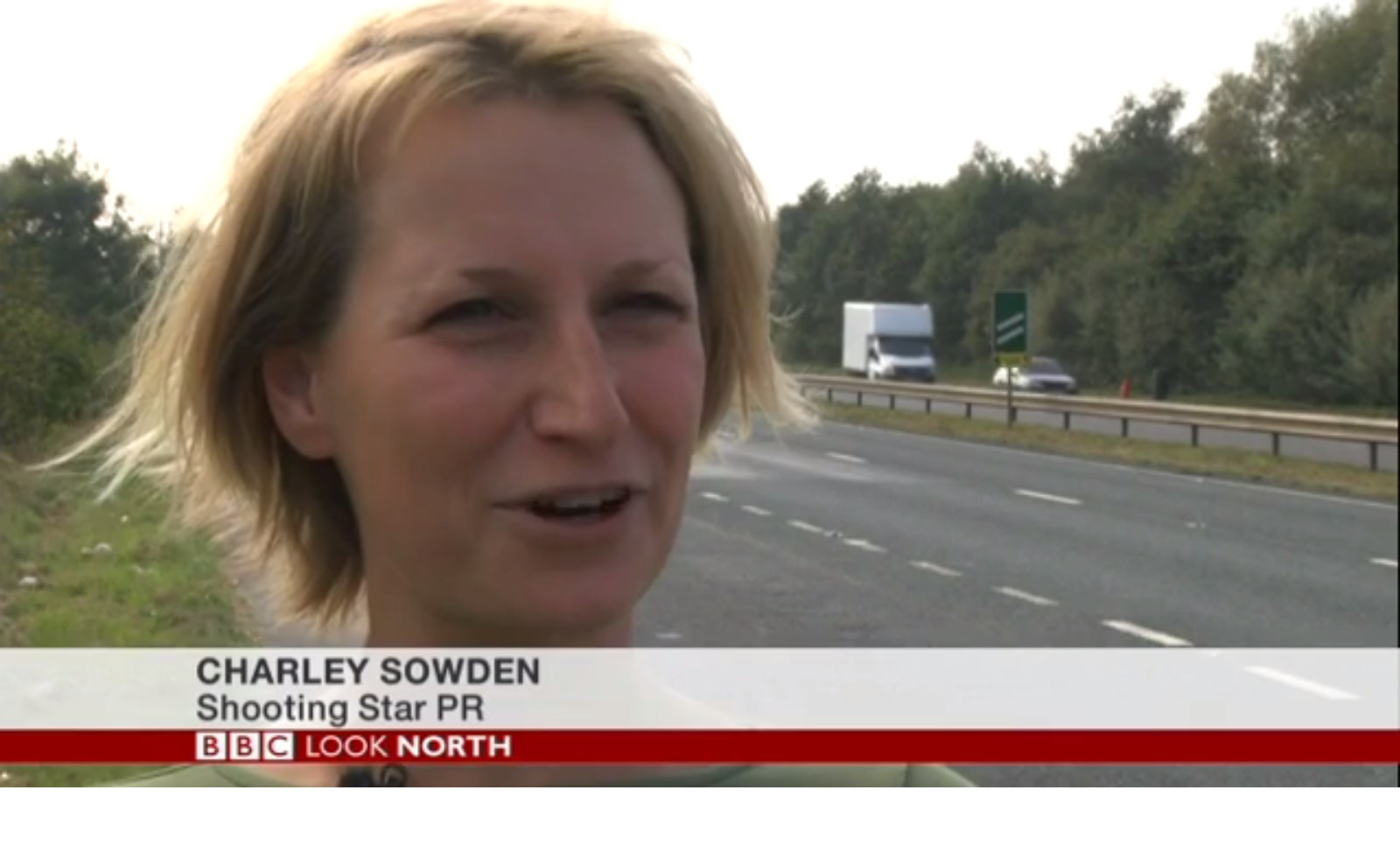 The day began with an interesting phone call from the BBC asking us to comment on what we in the office named ‘bra-gate’. Overnight, an unknown individual had hung up a large number of bras on Carholme roundabout joining the A46 and A57 just outside Lincoln. Not only did no-one know where the bras had come from, no-one could guess why they were there either.

Social media was plunged into speculation about their source, particularly on Facebook and Twitter. Some claimed it was the work of students, others suggested a PR stunt to promote a charity, but with no one stepping forward to claim responsibility for it to date, the speculation continues.

As Charley was ready to leave for her interview another phone call came through to the office saying that the council was already there and taking the bras down. Nevertheless Look North covered the story and filmed Charley in order to pad it out. Her interview was broadcast last night and you can watch it here. SM 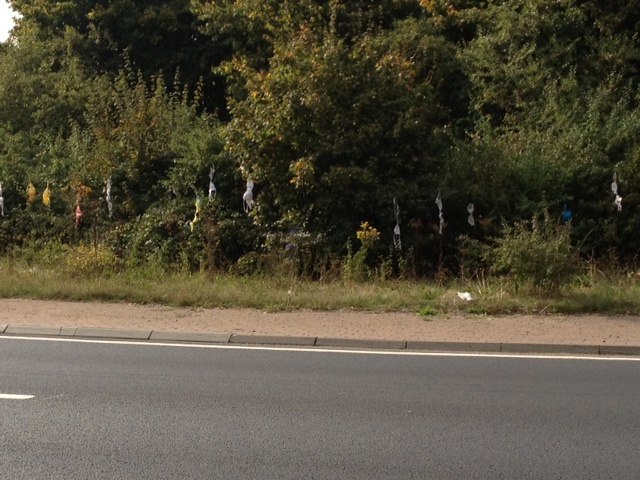