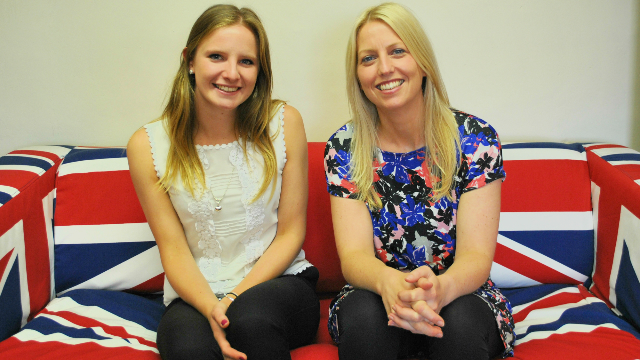 This week we have not one, but two Kate Strawsons in the office. To make matters ever more perplexing they both have the same middle name…ELIZABETH!

After about five minutes we realised as a team that a suitable way of addressing each Kate was imperative! We trialled a numbering system similar to Dr. Seuss’ Thing One and Thing Two, however, that was a fail because before given the chance to utter their number, both Kates were already looking at you eagerly. Finally, 21-year-old Kate Strawson, from Riby near Caistor, gave the team a break by revealing that she goes by the nickname ‘Kit Kat’ which works perfectly for us.

Kit Kat is a Geography student at the University of Newcastle and has joined the team to get a taste of the wonderful world of PR and marketing. In addition to her exceptional doppelgänger skills, Kit Kat also enjoys participating in various activities such as swimming, tennis and Scottish Reeling!

On the other hand our resident Kate Strawson needs no introduction. As many of you already know she is one of two directors at Shooting Star but did you know that she has a peculiar talent of being able to ‘reverse’ cross her legs and walk on her knees?!

Apart from their names here are a few other things the two Kates have in common: they both have a brother, drive a blue car, own at least one dog and share an appetite for jam-filled doughnuts!