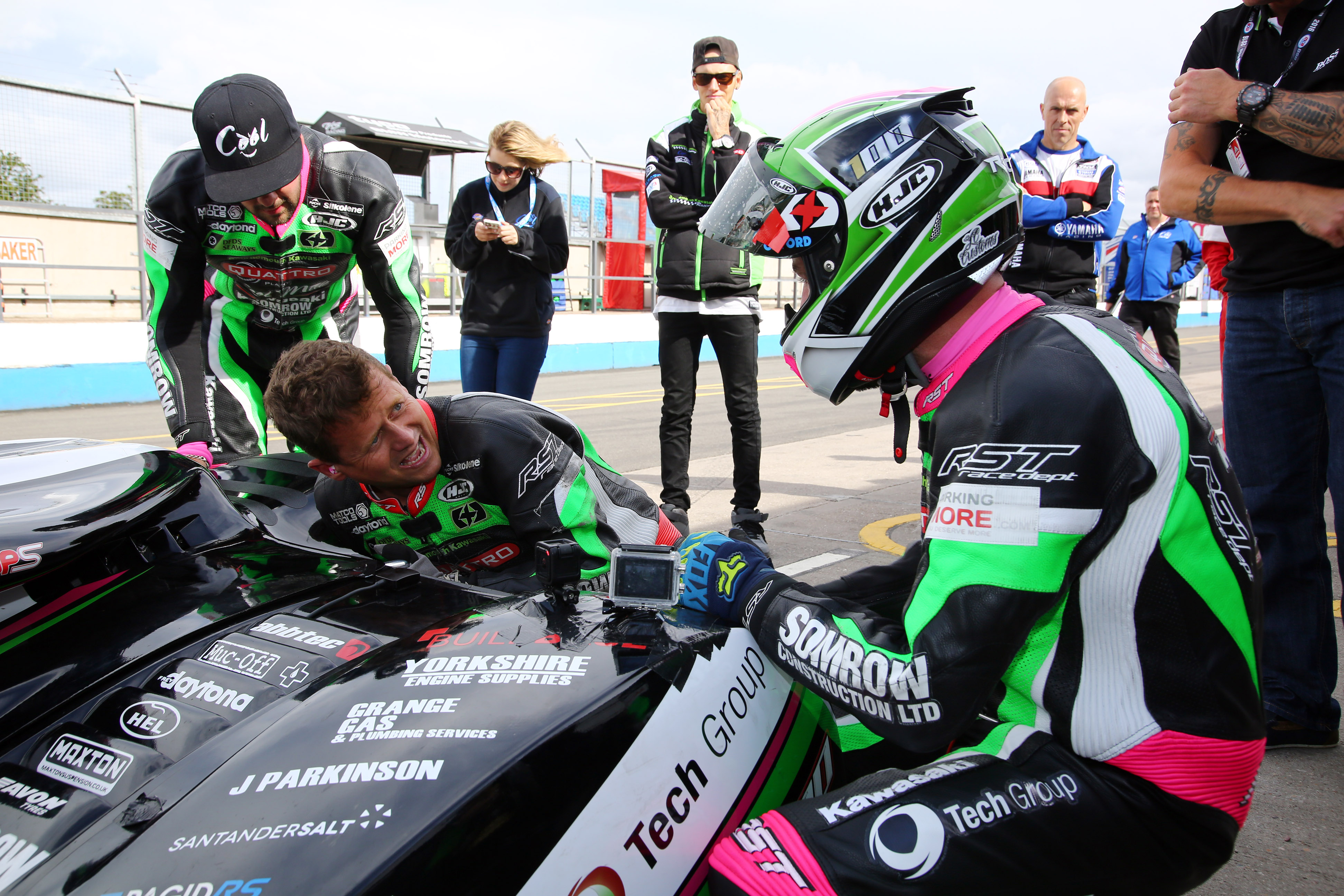 …and does it anyway!

BBC Breakfast’s sports presenter Mike Bushell is famous for holding the world record for trying different sports during his Saturday morning slot. To date, he has tried over 450 different sports and he doesn’t seem averse to trying the more extreme sports out there.

So when we took on Ricky Stevens and Ryan Charlwood, the British F1 sidecar champions, as clients earlier this year, we immediately saw Mike Bushell as a good fit. After all, we love getting good TV coverage for our clients.

It all started with a tweet some time in March asking Mike if he’d consider having a spin in a F1 sidecar. To our delight, he responded almost immediately accepting the challenge.

With Mike, Ricky and Ryan all having busy diaries, as well as a busy summer of sports with the Euros and the Olympics to contend with, finding a date for filming proved to be quite a challenge in itself. But after months of emails going back and forth, we were finally able to pin a date in the calendar.

Fast forward to last Friday 16th September, and Kate was the lucky one who got to spend the day filming with Mike and Ricky and Ryan at round 10 of the British Superbike Championship at Donington Park.

Having tried his hand at so many sports, Mike is well aware of the dangers of motorsports and knew that being the passenger on a F1 sidecar was one of the most perilous positions in any sport. When he took his place on the platform, or the “tea tray” as he later described it, he was understandably nervous.

In spite of the fact that Ricky was driving at nearly a third of the speed they normally race at, it’s fair to say poor Mike found the experience terrifying!

The feature on BBC Breakfast the following morning was a huge success, generating national exposure and a lot of social media chatter for our clients. Ricky and Ryan also had many British Superbike visitors wanting to meet them in person in the paddock after having seen them on TV that morning.