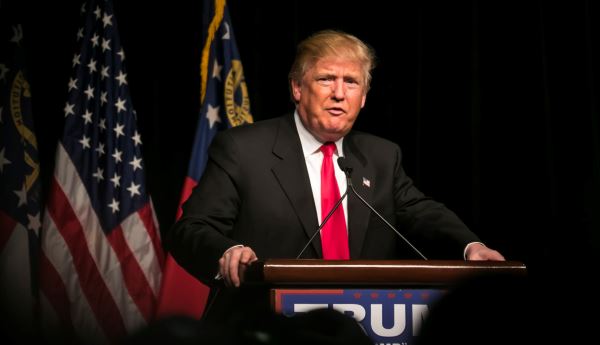 Donald Trump has swept into the White House, and it seems as if he broke every PR rule in the book on his way to victory. So how did he do it?

At times Trump’s campaign looked like a PR calamity, staggering from one gaffe to another. He called Mexicans – the third largest ethnic group in the US – rapists, criminals and drug dealers; he mocked US Senator John McCain’s status as a war hero; he mimicked a New York Times reporter with a physical disability; he attacked the Muslim-American parents of a soldier who died in Iraq.

The list of PR disasters culminated in the release of secretly recorded audio of Trump making disparaging remarks about sexual assaults on women. This was the final straw, commentators said – after all, any other candidate would have been dead in the water by now.

But somehow the buoyant cork that was Donald Trump’s election campaign popped up to the surface every time, and the bandwagon rolled on. It seemed the more outrageous the remarks, the more his poll numbers got a boost.

To explain how and why that happened we need to look beyond the spin and the speeches and understand what voters were voting for on Tuesday, and why they chose Trump over Hillary Clinton on election day.

In the US, as in many other countries, dissatisfaction and distrust of career politicians is at an all-time low; it had a lot to do with the UK’s referendum vote to leave the EU in June, and there are plenty of anti-establishment protest parties making hay across Europe as the mainstream parties suffer a drop in support.

Many American voters wanted a change from the status quo, a rejection of the Washington establishment which they saw as remote and uninterested in the problems of ordinary working people. Clinton’s problem – in spite of the fact that she actually won more votes overall than Trump – was that she personified that Washington elite.

Her other major problem, however, had to do with communicating and engaging with voters. While Trump’s campaign was frequently knocked off course by his own mistakes and offensive remarks, he beat Clinton hands down in many areas of communication that really matter:

PR and marketing people will tell you that to get people to really hear your message you have to repeat it endlessly; otherwise it just doesn’t get through. Even if you’re in the UK I bet you know what Trump’s key messages were: he’s going to make America great again, he’s going to drain the swamp, Hillary is crooked, and he’s definitely going to build that wall. You know this because he has been repeating those messages over and over again, in every speech, in every interview, on his website and on social media. Clinton, meanwhile, never found a campaign slogan that stuck.

We are always advising our clients about this. Don’t say you’re a provider of cleansing solutions if you’re actually a cleaner. Trump understood this, and the fact that his appeal was largely to less well educated blue collar workers who prefer straight talking over high-falutin’. He may be a billionaire, but he presents himself as an ordinary man of the people and speaks in a language they understand. Clinton, meanwhile, is a Yale scholar and former secretary of State who has always struggled to find the folksy style that made her husband Bill a popular President. A study has shown that Trump’s public speaking is at approximately fourth-grade level (primary school), while Hillary’s is around eighth grade. The same study showed that in a typical 220-word answer, 172 of Trump’s words had only one syllable. Whether you like his message or loathe it, he communicates brilliantly clearly.

3          He portrayed himself as anti-establishment, and he followed through

If voters were looking for someone to usher in change, they found their candidate in Donald Trump. Not only did he talk constantly about sweeping away the Washington establishment, he behaved like a person who didn’t care what the establishment thinks. He attacked Republicans and Democrats alike and rejected ‘political correctness’, speaking his mind without a filter and apparently caring little about whom he offended. Nearly half the electorate loved it.

From the day he announced that he was seeking the Republican nomination he has dominated the news cycle – because of his fame, his money, his status as a TV celebrity, and some would say his infamy. He knew that whatever he said would make the news, so even when he said something apparently outrageous, like banning Muslims or making Mexico pay for the wall, it kept him on the front pages. This allowed him to spend much less on traditional advertising than other candidates.

Hillary Clinton tried to use it against him by asking if a man who could be baited by a tweet could be trusted with nuclear weapons. But in fact Trump’s pronouncements on social media are seen as authentic – it’s probably really him mocking, jabbing and insulting people on Twitter, not a team of trained and polished social media professionals.

Trump has won the ultimate prize in politics thanks largely to a PR campaign that has turned convention on its head. The people have chosen rough edges over polish, straight talking over clever answers. You could argue that despite the gaffes and the offensive remarks, he’s run the perfect campaign. Now we will see if he can perform as well in the Oval Office. JA