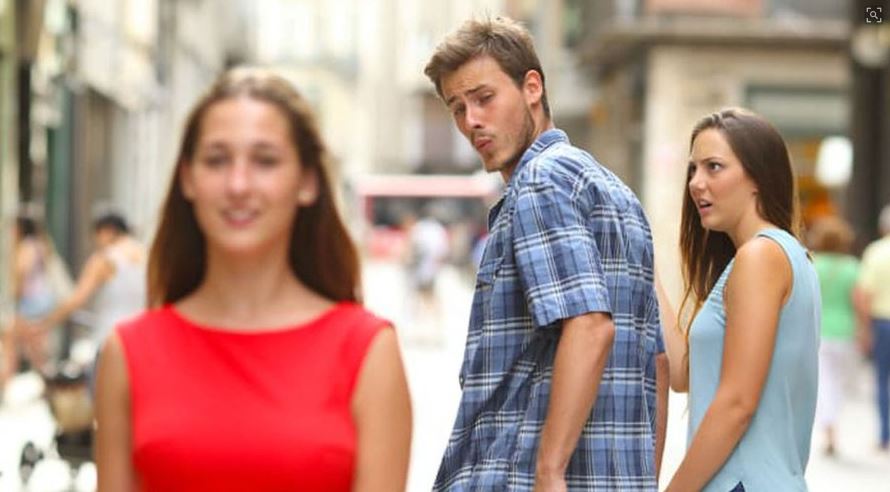 Until a colleague asked, “How do you pronounce the word ‘meme’?” a few months ago, and reality star Gemma Collins was publicly mocked for her pronunciation, I hadn’t even considered that there was any other way than ‘meem’. But then I realised that I’d never actually had to say the word out loud; it just crops up everywhere online.

No matter how you pronounce it, there’s no denying that memes are ubiquitous and, most recently, the Distracted Boyfriend meme has taken the internet by storm, with several brands using this to their advantage. Memes have become such an integral part of popular culture that there is even a game for die-hard fans…

But what exactly are memes, and when should you be using them in your communications activity – if at all?

What do you meme?

The term ‘meme’ was originally coined by evolutionary biologist Richard Dawkins as a way of describing a cultural idea or trend that circulates and grows in popularity, much like a successful genetic trait.

The messages portrayed in memes are almost always humorous; their very format is conducive to humor and most modern memes are inside jokes, ways of speaking, or unique photos that become instantly recognisable across the globe thanks to social media.

Another general characteristic of internet memes is the short length of the message. As on Twitter, messages presented in memes are usually below 140 characters. This is a sign of the times: we live in an ADHD culture – everywhere we look there are several things demanding our attention.

Meme all about it

There are three broad categories of memes on the internet, although not all of them accurately represent the term:

To meme or not to meme?

Whether you use memes to grab attention, enhance your content, or boost your brand’s popularity, there are some rules for success:

First, you need to know that memes aren’t for everybody; they’re most appealing to young adults who spend considerable time on the internet, so they might be seen as juvenile or otherwise misunderstood by other audiences. Similarly, most memes take the form of playful, tongue-in-cheek jokes. If your brand is playful and energetic, this is a good thing, but if you want your brand to be seen as sober, conservative, and traditionally professional, memes could easily work against your brand image. Consider your brand and your audience carefully before pursuing this strategy.

As with any form of viral content creation or content marketing in general, if you try too hard, you’ll end up hurting yourself. Forcing a meme into each of your articles will make it obvious that you’re trying to capitalise on a trend, rather than enhancing the content in any meaningful or entertaining way.

The quickest way to lose face in front of internet subcultures is to use one of their beloved memes the wrong way. If you miss the true intention of the joke, such as using a sarcastic line literally or using the wrong tone or placement, you could instantly alienate the audience you’re trying to win over.

Even if you have the right brand and the right audience for meme use, it’s a good idea to limit the quantity of memes in your content. Think of them as a rich dessert; in small doses, they can be highly effective, but too much will make you sick.

Finally, never use memes as a substitute for the originality or quality of your content. Memes alone will not help you build a consistent audience; they only serve to enhance the valuable content underneath and around them.

Even when following these rules, memes aren’t an addition that will guarantee the improved performance of your content. They are specialised forms of conveying information and relating to readers, and are only appropriate in certain contexts. Until you’re more familiar with them, use them sparingly, and look for both direct and indirect feedback to help guide you.