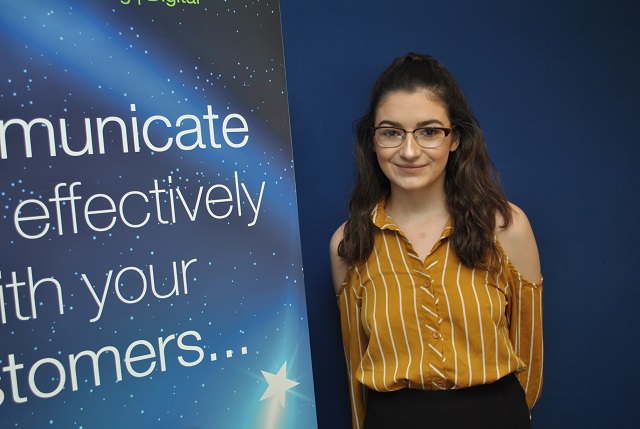 Prior to starting university, I toyed with the idea of doing a joint bachelors in journalism and PR, but after deciding feature writing was my true passion, I opted for straight journalism at the University of Lincoln.

Having done a level three BTEC in journalism at college, I already knew that broadcast wasn’t the medium for me and that I was better suited to a career in writing. This rang true again during my first year at university and it became clear broadcast journalism was not a job that I could do. I therefore decided to only apply for work experience in the magazine and newspaper field.

Halfway through my second year at university I managed to get a week-long placement at a national magazine in London and another week-long placement at a local news website in Lincoln. I was so excited to have got these placements and to be working in a real newsroom with established journalists; however, I soon realised that these placements were not all I had expected them to be. I wasn’t really given any responsibility; I was essentially an extra sitting in the corner doing tea rounds.

I left these placements not sure what to do next. I didn’t fancy going back to a newsroom again as my skills weren’t put to good use, and I definitely didn’t want to broadcast. I wanted to try something totally new but still within the media. At the beginning of my third year of university I sent an email to Shooting Star on a whim to see if they had anything to offer, and they gave me a 10-day placement at the end of October.

I was very nervous because, in all honesty, I didn’t really know what marketing and PR was other than something that I had briefly considered studying when I was 17. I only knew what a university prospectus had told me.

I very quickly realised that there was nothing to worry about. I arrived at the beginning of the week and was keenly greeted by everyone. Everything was explained to me and I was given style guides and a workbook to try to get the gist of things.

Given that the two directors are former journalists, they really helped me transfer my news skills into PR while also giving me encouraging advice about getting into the industry and how to polish my writing.

By the middle of my first week I was doing everything from writing news releases and sending them out to the media to creating content for social media and writing blog posts for clients’ websites. I was fully trusted to sit and work as a member of the team. There was no shortage of jobs and I felt valued, which is something I didn’t feel at my other placements.

I went from knowing nothing about marketing and PR to understanding the vital role it plays within the media, and that all came from the very encouraging and inviting team who work at Shooting Star.

This has been the best work placement I have done so far and really opened my eyes to other career paths that I can take after I graduate this summer. Shooting Star are a super friendly team and the work they do is so important.

Working with them has been so worth my time and I would encourage anybody to apply regardless of their background as all skills are applicable and valued.