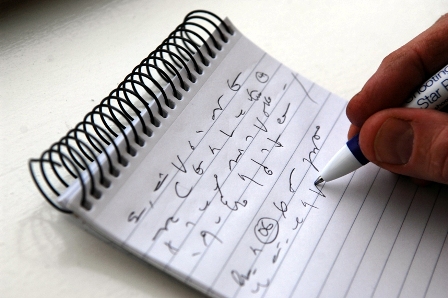 There hasn’t been so much a trickle as a flood of trained journalists making the transition to PR in recent years, writes former hack turned Shooting Star PR Account Manager Cerri Delaney.

The trend could be down to squeezed budgets in the newspaper, radio and TV industries, a desire for a better work-life balance or a chance for career progression which is becoming less and less likely in newspapers.

Pay is also a pretty strong motivator.  Let’s make no bones about it – newspaper journalism you do for the love of the job. But when you reach 30 and the job is only paying marginally more than you earned as a waitress, it’s time to look around.

But the overwhelming draw for me was that if I worked in PR, I could still be a writer. I could still dig around for stories, dust off the golden nuggets and chuck back the bits of rubble until I’m left with something metaphorically shiny in literature form.  I could still do interviews and craft those quotes into something people would find interesting and, hopefully, meaningful.

Now I have to make to a shameful admission. As a journalist, I had a certain feeling of scorn over the life of a working PR officer – surely, they can’t possibly have that much to do. Right?  Wrong. As I quickly learned, the ‘dark side’ was not so much a walk in the park as an Olympic sprint. But not just during the 2012 Games – I’m talking all the time.

You need many more skills than just being able to write press releases. You need to manage and plan events, pitch for new business, organise your diary as well as other people’s, find alternative publicity opportunities and embrace social media. To name a few.

The big difference is that you need more diplomacy; as a journalist, I would not think twice about calling someone on their nonsense, but as a PR, I have to try harder to bring people round to my way of thinking through a less direct approach.

I am also a genuine believer that former journalists are able to offer a little something extra to the PR world by bringing an in-built news sense and an “erm, no, that won’t work” honesty to their clients.  I think the trend for more journalists working in PR has also led to a rise in standards over the years.

The newsroom rush is different as well. There’s no longer the deadline fix, but you do get a rush from winning a pitch or getting an amazing result for a client.

This job is a constantly evolving process and every day I find a new ways to apply the skills I learned during five and half years in journalism to the field of PR. I can see more and more journalists making the move in coming years and if they have anything like the experience I’ve had, they’ll never want to go back. CD